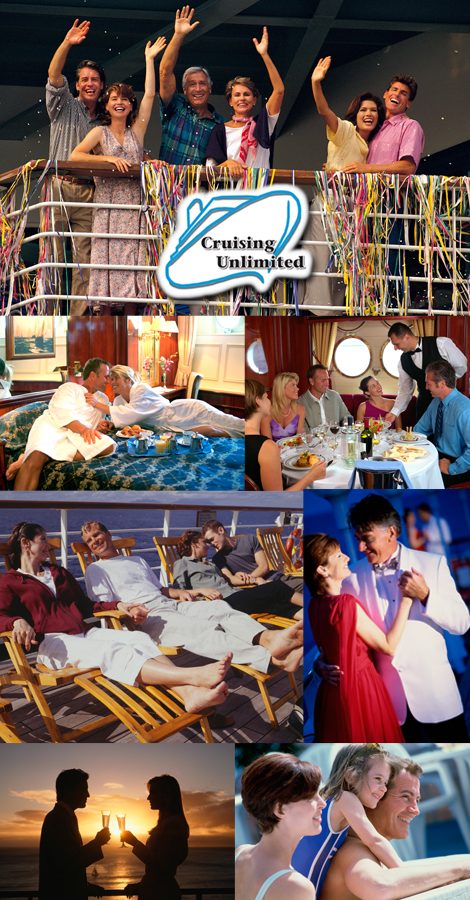 Most travelers don’t expect to encounter armed robbers on their shore tour. But in fall 2009, three groups of cruise travelers were robbed at gunpoint in Nassau, Bahamas. One group was taking a taxi tour of Nassau’s highlights, while the other two were on cruise line-sponsored Segway excursions. Although no one was seriously injured, the cruise passengers lost wallets, cell phones and cameras, and got a very good scare. These crimes, which took place at popular attractions in broad daylight, were serious enough to convince multiple cruise lines to cancel the Segway tour and to cause Royal Caribbean to issue warnings about Nassau on subsequent cruises. The events have also served to reawaken travelers to the possibilities of crime in port.

The sad truth is that tourists are often targets for crime. Port destinations make their living by taking money from tourists. Many people do so in a legitimate way, offering services such as tours, taxis, guides, souvenirs and meals. However, others take a more nefarious route through robbery, pickpocketing and scams. And as the economic recession takes its toll around the world, more people are turning to illegal measures to make ends meet.

Travel abroad is still a safe endeavor for the vigilant traveler. Still, tourists now need to be extra diligent in their vigilance. Think of preparedness as a three-step program with the acronym ARM:

A — Assess the Crime Risks You May Encounter

Some types of crime are prevalent worldwide; others are unique to certain regions or population groups. Violent crime represents only a tiny portion of the total picture; theft represents the vast majority of infractions. Pickpocketing is by far the most oft-reported variety, encountered most often in crowded squares and aboard public transit, especially after dark. Theft of purses and backpacks is also commonplace.

Be particularly cautious of street crime in countries with high levels of political unrest, poverty, and law enforcement corruption or malfeasance. Any combination of one or more of these factors should be a red flag. However, street crime can also be quite common in European countries like Spain and Italy, typically near the most popular tourist attractions. Theft is likely to occur both in crowded areas and on deserted streets.

Americans may be more at risk due to the generalized perception that all Americans are wealthy and thus excellent targets for theft. Americans are more likely to be the victims of street crime in Paris or London than in New York. Some Americans make themselves easy to spot (fanny packs, Hawaiian shirts, bright white sneakers).

Scams specifically targeting cruise tourists regardless of nationality are also becoming problematic. Con artists have been known to secure such things as crew T-shirts and even cabin stewards’ tunics from various ships in order to fleece passengers ashore from those vessels. For example, while calling in Jamaica, you might be approached by a guy who appears to be a cabin steward on break ashore. He introduces himself, says he takes care of the next block of cabins down from you, tells you he’s on his way to pick up some Blue Mountain Coffee, or rum, and asks if he can pick up some for you and leave it with your cabin steward. He writes down your cabin number, takes your $20, shakes your hand, and when the ship sails leaves, you have neither your Blue Mountain Coffee nor your $20.

Lastly, tourists abroad need to beware of organized crime. We’re not talking Mafia here, but about groups that plan and work together to maximize their success at relieving the tourist of his or her property. Pickpockets often work in teams of two or more, one to distract while the other lifts the wallet or purse. Street gangs of youths in St. Petersburg and Moscow overwhelm resistance or escape with pure numbers. In Barcelona, someone may spill coffee or food on you, then have his or her partners pose as concerned individuals offering to bring you inside to clean up, but really to take you to a secluded place where they can rob you.

But one of the most pervasive of criminal enterprises existing throughout the Mediterranean, especially in Italy, is the proliferation of groups of Gypsy children, who are extremely adept at singling out tourists, pickpocketing them and disappearing into the crowd in the blink of an eye. If you feel that this threat is overblown, consider this: In 2000, former Olympic sprinter Ben Johnson was relieved of his wallet by a group of Gypsy girls in Rome. He gave chase, and, yep, those little girls all outran him!

R — Research the Risks Before Departing

There is much to be gained from checking out your destination(s) prior to departure, including info on current crime trends, areas to avoid, governmental travel warnings issued, and useful addresses and phone numbers should you become the victim of a crime. These resources should be more than enough:

The best starting point is to do a focused Google search. A good search string to try is: “crime against American tourists [name of specific country here].” This search should yield several links you can pursue further. Non-Americans can substitute in their own nationality or omit it altogether.

The US State Department  (http://travel.state.gov ), featuring updates and warnings, is probably the most valuable site on the Web for security-conscious travelers. Even if there has been no travel warning or alert issued for your destination, be sure to go to the country-specific briefs and read the sections on safety and crime.

The U.S. State Department also operates the http://www.osac.gov, which, though aimed primarily at U.S. corporations operating abroad, offers a substantial amount of in-depth information on crime and other security concerns.

Lastly, ask your cruise director or shore excursion manager if they are aware of any crime risks for the areas you plan to explore ashore. It is a little-known fact that the courts have ruled (in Carlisle vs. Ulysses Line Ltd.) that cruise lines are legally obligated to inform their passengers of any known dangers “that are associated with places that passengers are reasonably expected to visit.”

Here are some precautions you can take to minimize the risks of crime while you’re traveling.

Seek protection in numbers. Whenever possible travel in groups of two or more. Never get into a taxi with a passenger already inside, even when offered a chance to split the fare. The driver and the “passenger” may be in cahoots.

Lower your profile. Americans — or other affluent tourists, for that matter — are prime targets. So, as much as you may be proud to be an American, the prudent traveler tries to maintain a low profile in this regard.

– Minimize the amount of jewelry and other trappings of wealth you display.

– Moderate your public volume level to not alert listeners that you’re from the States.

As part of maintaining a low profile, do not carry your valuables in a fanny pack. Time was when this was the recommended choice to foil pickpockets, as it was always in view and the contents were protected by a zipper. Now, there is a phrase used by thieves to describe fanny packs: “One Stop Shopping.”

Never put your valuables where you can’t see them, or where they are too easy for a thief to quickly snatch and run. The worst choice of all is a backpack, which can be opened surreptitiously or slit without any clue to the bearer. Men should not carry their wallet in their back pockets for the same reason. Women should not carry their purses over their shoulders; they should carry them across their chests. Money belts are not a good idea if they are visible as a bulge at your waistband or if you have to practically undress to get out some cash to buy a snack or souvenir. It is better to wear clothing with multiple deep front pockets, secured by buttons or zippers, which are harder to get into.

Minimize your loss in the event you are victimized by a thief. Take just one or two credit cards and a minimal amount of cash ashore with you. Unless absolutely unavoidable, never go ashore with your actual passport; bring a photocopy of the data pages. Spread out your valuables among your various pockets and bags, as well as among members of your travel party.

Photocopy all important information including your passport’s data pages, both sides of your credit cards, travel itinerary, other IDs and contact information. Leave one copy of those pages with a friend or relative back in the States and another in your cabin or hotel safe. In the event of a theft, you can have the info faxed to the U.S. embassy to get an emergency replacement passport and will have the contact number of your credit card company so you can cancel your card and get a new one.

Carry a “mugger’s wallet.” This is a cheap wallet with a small amount of money, a credit card, business cards, etc. that you give to a robber while keeping your actual funds and important docs concealed. Hand over the “mugger’s wallet,” and immediately hightail it!

Carry a disposable camera ashore, even if you bring your brand-new 12-megapixel digital with you. If you want to have someone take your picture, hand them the disposable, not your good camera. If you are on a multi-destination trip, consider bringing several memory chips for your camera. Use a different one at each destination and keep the used ones in your safe.

Stay sober. With your judgment impaired due to alcohol, you’re more likely to be taken advantage of by a thief or scam artist. If you plan on partying, either keep the drinks to a minimum or assign one person in the group to stay sober and watch out for the interests of everyone else.

Hiring a taxi or local guide can be a wonderful way to explore — but you can also end up getting fleeced. Consider finding a reputable guide or tour service online and booking in advance. If not, look for or ask about licensing, or go to a big hotel and ask the concierge to hail you a cab or recommend a guide. Otherwise, just use your best judgment and be on alert.

Taken together, this litany of warnings makes tourist travel seem fraught with dangers — but, as we stated at the start of this article, travel abroad is hardly more dangerous than visiting any city close to home. The prudent traveler remains aware of his or her surroundings and acts intelligently and with discretion. In the final analysis, when it comes to crime, the best defense is common sense.

We're not around right now. But you can send us an email and we'll get back to you, asap.